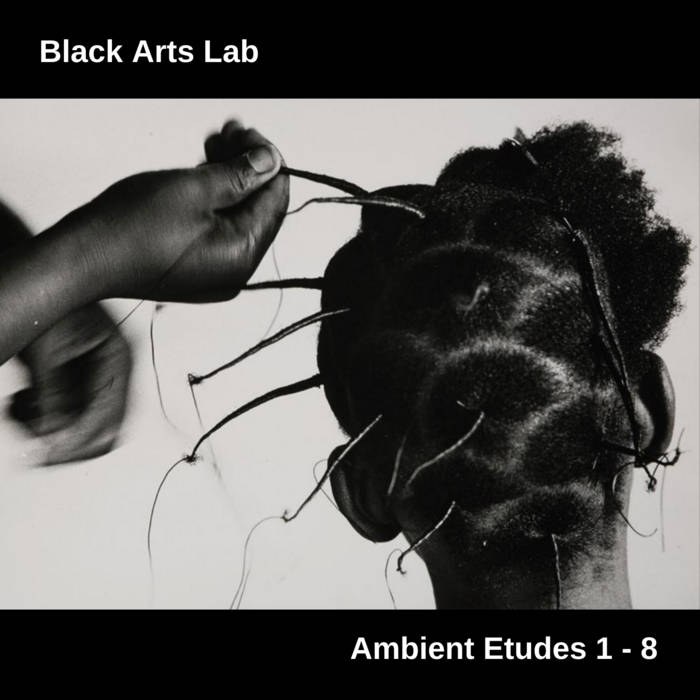 Ambient Etudes is an album I produced many years ago but was reluctant to release because it felt too melancholy. Upon discovering a photo by internationally acclaimed photojournalist Henning Christoph, I immediately knew it would be perfect for the album cover. With the photo, the music no longer seemed brooding. Together it evoked a beautiful narrative of a little girl getting her hair done before her piano recital. She has studied her etudes and knows her piano piece by heart. Her beautiful white dress ironed and starched stiff - her patent leather shoes glisten. She's ready!

I hope you enjoy this album as much as I enjoyed producing it. Ambient Etudes 9-16 is already a work in progress. I highly recommend that you listen to the album in high-quality headphones for the intended listening experience!

“Unearthed Soundtrack to a Lost 1960s French Film.”
“A Full Moon Fever Dream!" - “Kind of Gray.”
“Seductive like Tarkovsky - Hypnotic like Parajanov.”
"Like the closing scene from a Douglas Sirk Melodrama.”
“Floating on a Cloud of Xanax induced Sedation.”
“Moonlit Milk Bath of Repetitive Dissonant Bliss.”

Étude
An étude (/ˈeɪtjuːd/; French: [e.tyd]) or study is an instrumental musical composition, usually short, designed to provide practice material for perfecting a particular musical skill. The tradition of writing études emerged in the early 19th century with the rapidly growing popularity of the piano. Of the vast number of études from that era some are still used as teaching material, and a few, by major composers such as Frédéric Chopin, Franz Liszt, and Claude Debussy, achieved a place in today's concert repertory. Études written in the 20th century include those related to traditional ones and those that require wholly unorthodox techniques (John Cage). - Wikipedia

Ambient Music
Ambient music is a genre of music that emphasizes tone and atmosphere over traditional musical structure or rhythm. A form of instrumental music, it may lack net composition, beat, or structured melody. It uses textural layers of sound which can reward both passive and active listening and encourage a sense of calm or contemplation. The genre is said to evoke an "atmospheric", "visual", or "unobtrusive" quality. Nature soundscapes may be included, and the sounds of acoustic instruments such as the piano, strings, and flute may be emulated through a synthesizer.

The genre originated in the 1960s and 1970s, when new musical instruments were being introduced to a wider market, such as the synthesizer. It was presaged by Erik Satie's furniture music and styles such as musique concrète, minimal music, Jamaican dub music, and German electronic music, but was prominently named and popularized by British musician Brian Eno in 1978. Ambient music may have elements of drone music, as some works may use sustained or repeated notes. - Wikipedia